My 5-Day Fling With the Apple iPhone 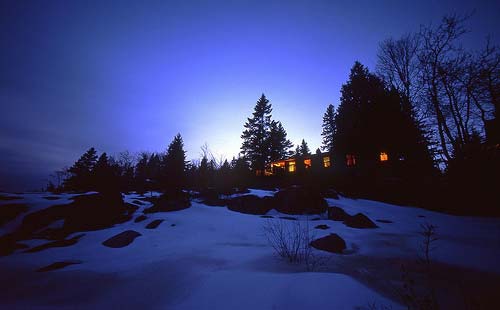 I had the opportunity last week to help a friend move out to Baltimore to attend grad school. I also took this opportunity to test drive the new office iPhone. I figured it would be nice to use the map feature on the 2 day drive out there and the internet would be helpful in looking up addresses and checking email since the internet wouldn't be connected in the apartment and we would have no access to a computer. So I talked our tech guy at work into bumping me up a few places on the waiting list.

Having had it for a week and using almost all of it's functions, I'd like to point out some of the good things and some of the bad things and would like to hear what others think as well. So if you have an iPhone please comment.

First off I'd like to say that this is obviously the first generation iPhone. Improvements will be made and many of the things I mention here will hopefully be changed or improved upon. So, this is an initial assessment of the initial launch of a very new device.

When I first got the iPhone I was immediately taken with it's intuitive nature. I didn't get the manual with the device when I received it from our tech guy, but was able to figure everything out pretty quick. I was checking email and looking up my old apartments on Google Maps in a matter of minutes. If you have any experience using a cell phone and it's menus, and if you've ever used a mac with OSX this thing is a breeze. Visually it looks almost identical to the OSX interface, and perceptually the menus are very much compressed and incredibly easy to use. There are less things to change than on my Motorola RAZR (such as appearances, skins, display functions, etc.) but honestly, you don't need to change all of that stuff. It all looks great the way it is, and once a user starts changing how they view their contacts and the color of the text, the Apple brand would start to erode. Locking down the appearance this way also puts Apple in the driver seat, the user must have a little faith that Apple has made the right decisions regarding the appearance of the interface, and if you know any die hard Apple fans you know that's not a lot to ask for from most people. Although that seems to be changing.

The touch screen works really great and aside from some of the trial and error involved with learning to use it (I am not familiar with this type of interactive interface, as I assume many users are) it allowed for an easier sense of navigation and eliminated the need for a lot of sub-menus found on many other 'conventional' cell phones. I see the touch screen as one of the few really big positive aspects of the iPhone. Other companies may have released similar devices, but I am not familiar with them, and consider Apple to be first to market with this interface.

The only down side to the touch screen is the fingerprints that accumulate through it's use. But a quick wipe on the pants or sleeve takes care of that. I was worried about scratching it early on but after carrying it my pocket for a week (once accidentally with a couple of dry wall screws!) the screen looks as good as when I got it.

The home screen on the device is reminiscent of the dashboard in OSX and all of the iPhone functions are accessible here. These include the four main functions at the bottom of the screen: Phone, Mail, Safari, and iPod, and twelve ancillary functions above (the image above shows eleven, I believe it's an earlier version). The separation of these functions leads me to believe that the ancillary functions above will eventually be editable just as widgets are on the dashboard. It appears Apple has left space below them on the menu for another row of four. Allowing the user to change, add, and delete these functions is what will make this device really sing. On my trip I tried to use as many of the functions as I could whenever I needed them. I relied primarily on the Safari, Maps, Mail and Weather functions. The rest I could have done without, and would have liked to eliminate them since with the touch screen interface, space is at a premium for ease of use.

The use of the Safari function was almost identical to using it on a desktop computer. I was able to import all of my bookmarks from my desktop Safari browser although I'm not sure if it's possible to do the same with other browsers. I think in the future other browsers will be developed for such smaller mobile devices, and not allowing them on the iPhone will be a big mistake for Apple. I say this knowing the popularity of Firefox in particular.

With this new smaller mobile interface came a few challenges in surfing the web. The small size is obviously the biggest challenge (pun not intended). Apple handles this well with their two finger zoom function. The other challenge is with plug-ins and rich media. As of now the iPhone does not support Flash and many other plug-ins, although I assume it will in the future.

The load time for more complex sights was increased even more when using the AT&T Edge satellite network instead of a Wi-Fi connection. I'm sure these networks will get faster to accommodate for this, and who knows, Wi-Fi may eventually be as ever-present as radio and television signals. Some cities are even talking of offering free Wi-Fi to all of their residents.

I am more interested in how the iPhone, and other mobile internet devices, will impact the design and structure of websites. I can foresee sites designed with simplified and more localized navigation to allow for less scrolling and zooming. I also think that interstitial and splash pages will be eliminated all together to allow for faster load times and less zooming and clicking (touching?). Personally, I'd like to see these changes made for regular desktop viewing as well as mobile viewing, but without the prodding of mobile device needs it seems unlikely. I would also venture to guess that some sites will offer both desktop versions and simplified versions for mobile viewing. Although the extra work necessary would make this unlikely.

I used the email function daily to check my work account. It works exactly the same way as Mac Mail. Enough said. If you use a different email program it may be a bit trickier to sync, I don't know.

This function got the most use during my trip. It was used to map a route through Indiana to an exact location in Baltimore, as well as to navigate within the city. My only complaint is that it doesn't prove fast enough to be helpful without being a bit frustrating. When zooming, if the map cannot generate the new zoomed view fast enough it will bump the view to an area it can generate. Being on the east coast this often meant that if I zoomed too fast I would be bumped out into the Atlantic Ocean. I then had to zoom back out, find where I wanted to go again and start the process over again, only slower. As with the Safari function I think this feature will improve once satellite and Wi-Fi networks get faster and become more widely used.

This is one function of the iPhone I have the biggest beef with. I get the feeling that Apple is still trying to figure out how the iPod and the iPhone are going to live in the same market space together. The iPhone does everything the iPod does now, it plays music and movies, displays album artwork and everything else, it just doesn't have the same storage capacity. The model iPhone I tested was an 8 gig model, which is a far cry from the storage I would like to have for my music. I'm not sure how Apple is going to solve this problem other than moving the iPhone into the position of being the premier-top-of-the-line iPod, but to do so it must surpass all current iPods. Right now Apple is not integrating the iPhone with the iPod very well, nor with other audio hardware. One of the first things I noticed was that I could not use my nice headphones with the iPhone. The headphone jack is inset into the case so far that only the super small Apple earbuds would reach all the way into the jack. This also meant I could not plug it into my stereo at home, nor could I use it with my tape deck adapter in my car; both of which use the same 1/8" mini plug as the Apple earbuds but have larger plastic housing around the plug. On the drive out to Baltimore my navigator and rental truck co-pilot had an RF transmitter for iPod that plugged into the dock on the bottom instead of the headphone jack. Problem solved I thought. Nope. All we got was an error message on the iPhone saying the transmitter wasn't compatible with the iPhone.

I sure hope Apple figures this out and doesn't make us carry around (let alone buy) two of their devices which do practically the same thing.

I just mentioned the problems with the inset headphones jack but I think there are a few other problems with the case design as well. The sides are rounded from front to back with a full radius and the metal case is so slippery that it takes unwarranted effort just to hold onto the thing, which needs to be done with one hand without curling your fingers all the way around the device where they would get in the way of the touch screen. When I first handed it to my co-pilot he fumbled with it, practically dropping it several times, looking like a character from a Looney Tunes cartoon.

The case did prove to be very durable and my model looks exactly as it did when I first picked it up, with no visible damage or nicks or scratches.

I used the iPhone to make only a few calls. I didn't have any of the contacts I keep on my regular cell phone on the iPhone so most of my calls required dialing the number manually (which isn't even done on conventional cellphones!) Where the iPhone's phone feature really comes to life is in it's integration with the Maps function. One night we found ourselves driving around Baltimore around 9.30 looking for a liquor store to pick up a couple beers. Not knowing the neighborhood, or what time liquor stores close in Baltimore (midnight on Fridays FYI) I was able to look up the closest one within the Maps feature and with one touch place a phone call to them. They didn't pick up, but it sure was easy to place the call. I would consider the iPhone to be more of a personal mobile device than a phone, and I think the name could make it's evolution a bit tricky for Apple.

On the whole I'd say the iPhone is a very intuitive and useful device that has the potential to really reshape how people access information, but I'd recommend waiting to buy one until networks improve and it's relationship with the iPod is more solidified. Looking back a few years from now I think this first generation will be looked upon almost as a beta or market test for subsequent generations of the device.

It appears that people are already creating custom applications for the iPhone. Apple is facilitating the efforts by providing guidelines and sample code on their website.